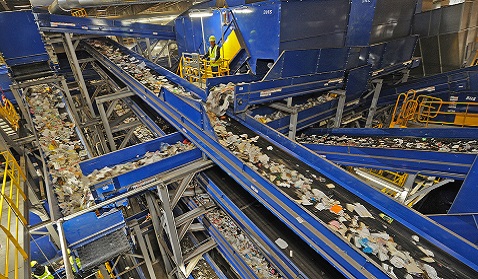 The Commonwealth is investing $190 million to ramp up Australia’s waste processing capacity ahead of bans on exports of unprocessed waste.

The money will go to a newly established Recycling Modernisation Fund to finance new infrastructure spending in sorting, processing, and reusing plastic, paper, glass, and tyres.

Funding from the RMF will be contingent on financial co-contributions from industry, states, and territories.

An additional $35 million in Commonwealth money will be invested in the implementation of the National Waste Policy Action Plan which sets out the direction for waste management and recycling in Australia until 2030.

A further $24.6 million will go towards improving national waste data to enable better tracking of waste targets and recycling outcomes.

About 67 million tonnes of waste is generated in Australia each year, with just under 60 per cent of this recovered. The Government has set a national resource recovery target of 80 per cent by 2030.

In 2018, China announced it would restrict waste imports, including from Australia, under the so-called China National Sword Policy. This led to a collapse in the domestic value of recyclables and significant stockpiling of recycled glass, paper and plastics.

In August 2019, COAG agreed to progressively phase out exports of plastic, paper, glass, and tyres, but Covid-19 has delayed the timetable for the bans.

In related news, the WA Government this week announced $15 million in funding and $5 million worth of industrial land for plastic and tyre processing, contingent on matching investment from industry.

Grant applications from organisations to support new processing infrastructure, including projects in regional and remote WA, are now being sought. They close on 17 August.

For more information or to submit a completed expression of interest, contact wastegrants@dwer.wa.gov.au