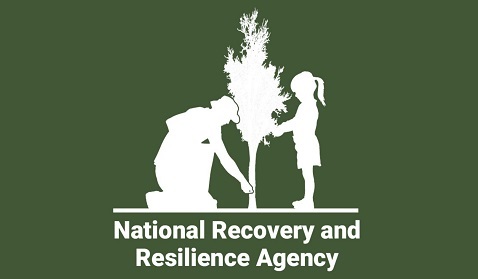 These projects will include flood levees, hardened telecommunications infrastructure, and bushfire and cyclone-proof housing.

“The community initiatives will be locally identified and locally risk-led, and will help address risks outside communities’ control.”

Mr Morrison said the new agency, to be known as the National Recovery and Resilience Agency (NRRA), will play a critical role in the recovery phase for severely impacted communities while working to design and revise policies and programs to limit the impacts of futures disasters.

“Betterment is the order of the day,” he said.

The NRRA will also assume control of the $2 billion Bushfire Recovery Fund set up after the Black Summer fires of 2019-20 – using it to support the long‐term recovery of communities rebuilding after the recent storms and floods in NSW and Queensland and cyclones in Western Australia.

The new agency will be headed by the current coordinator-general of the National Drought and North Queensland Flood Response and Recovery Agency (NDNQFRRA), Shane Stone, and will begin operations in July.

The NDNQFRRA and the National Bushfire Recovery Agency will both fall under the umbrella of the new agency.

A standing national resilience and recovery entity was a key recommendation of the bushfire royal commission.

Another recommendation – for the resilience agency to have access to disaster-relevant data and information – will be implemented on July 1 also when the Australian Climate Service begins operations.

Funding for the service – $210 million – will be formally announced in next week’s Federal Budget.

The ACS will be a collaboration between the Bureau of Meteorology, the CSIRO, the Bureau of Statistics and Geoscience Australia with the aim of better anticipating, managing, and adapting to climate impacts.

It will also inform long-term planning for infrastructure, housing, and utility services.

In another pre-Budget announcement, $4.5 million in funding will be allocated to support disaster recovery scenario training to help regional communities prepare for high‐risk hazards.

The money will provide accredited training for people working in disaster recovery and two pilot resilience hubs to coordinate regional training and capability development across all levels of government.