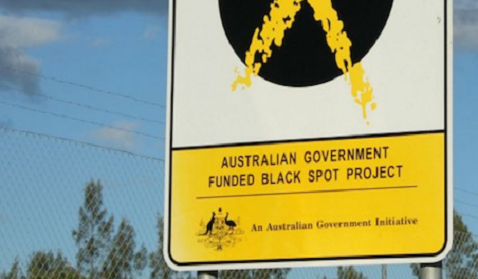 The Federal Government supports more money for the Black Spot Program and an increase in funding for projects in regional and remote areas.

However, it remains detached about revising the definition of “black spot” to account for the dispersed nature of accidents in remote and regional areas, saying the program is sufficiently flexible to fund these types of projects.

The Government was responding to the interim and final reports of the Rural and Regional Affairs and Transport References Committee inquiry’s into road safety (the former published in May 2016 and the latter in October 2017).

“The program is already able to fund projects that treat lengths of road and that up to 30 percent of program funds can be used for projects where there is an assessed risk that serious crashes are likely,” the response said.

Of these, the Government supported 21 (including in-principle support), noted nine, and declined to support three – two relating to motorcycle safety and one to setting up an independent body overseeing the trucking industry.

Responding to the recommendation for more Black Spot funding, the Government said it has already committed $100 billion for infrastructure investment over the next decade and is “able to approve more money for regional and remote projects should the consultative panels recommend them”.