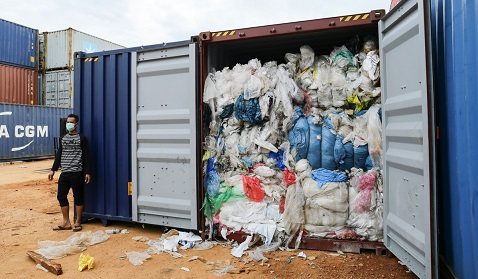 Industry players say insufficient capacity to deal with extra recyclable plastics generated by a halt in exports may lead to more plastics being landfilled.

As of 1 July, mixed plastic can no longer be sent overseas for processing. Plastic waste sorted into single resin or polymer types can continue being exported, but it too will be banned in 12 months’ time.

Rose Read, the chief executive of the National Waste and Recycling Industry Council, said that while new capacity was being added all the time, some states are more than a year away from being able to sort and recycle all of their plastic waste.

She told the ABC that for safety reasons there are limits on how long materials can be stockpiled.

“The alternative is to put it into landfill,” she said, adding that “[it] is the final option.”

“To put plastics into landfills is a significant cost and we don’t want to do that. Plus, there is the loss of those potential materials.”

Federal Environment Minister Sussan Ley has disputed the sector’s claim it is not ready for the change, stating a recent survey of the industry showed there was spare capacity for 160,000 tonnes of plastic recycling each year in Australia.

In related news, two of WA’s biggest waste processing operators – the South Metropolitan Regional Council and Suez – have both said they will continue sending mixed plastics to Victoria and South Australia by truck, train, or ship.

The interstate exports are being blamed on insufficient recycling capacity in Perth, a state of affairs exacerbated when a materials recovery facility in suburban Guildford was destroyed by fire in 2019.

A Suez spokesman told a Perth newspaper on Sunday: “In the extreme case, some mixed plastics that are contaminated or that we are unable to sort into single streams may be landfilled”.

The WA Local Government Association (WALGA) has previously warned that government and industry will find it challenging to ensure the waste export bans do not result in “perverse outcomes in different jurisdictions”.