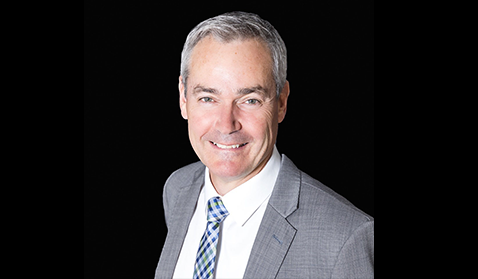 Place-based deals have been making headlines these past weeks, all of them positive, all of them reinforcing the key role Local Government plays in shaping our economy.

The mayors of Albury and Wodonga have signed a statement of intent to develop a Regional Deal based around the two Murray River cities, and new annual reports on the Darwin and Western Sydney City deals both indicate solid progress on agreed outcomes.

There was also a new report from the Australian Housing and Urban Research Institute (AHURI) that makes a convincing argument for leveraging “placed-based based funding interventions” to create more affordable rental housing near employment centres.

These frameworks often prioritise transport connectivity to planned housing growth areas – yet the links to “employment lands” is often weak.

On the other hand, the Western Sydney City Deal, negotiated between all three levels of government and multiple local councils, is successfully bringing employment closer to existing and planned housing.

This week, for example, the CSIRO said it wants to build a new research facility at the Western Sydney Aerotropolis and relocate 450 of its employees there.

What gives these “strategic funding interventions” an edge over high level national or safe strategic plans is high level of coordination and collaboration between federal and state agencies and local government.

By virtue of our extensive business and service activities, our on-the-ground presence, and expertise, councils understand local economies in ways that state, territory or Commonwealth agencies or governments cannot hope to achieve.

Local government knows what investments, support mechanisms, and interventions will enable our communities to grow and prosper.

It stands to reason, then, that leveraging this capacity – as City and Regional Deals do – will lead to faster results on the ground and more sustainable outcomes in the longer term.

The role of councils in supporting population growth planning and facilitating affordable housing options is crucial – and becoming more so as key workers like nurses, teachers and emergency services personnel are forced out of inner cities and middle-ring suburbs and further away from their place of work.

The AHURI report’s finding that City and Regional Deals can also enable housing that is within reach of lower-income households is welcome news which I hope gives state and federal policymakers pause for thought.

The clear advantages that vertical governance models confer in delivering strategic outcomes is why, among other things, ALGA continues its advocate for a reversal of local government’s shock exclusion from National Cabinet nearly two months ago.

A member of the Council of Australian Governments (COAG) since its inception in 1992, ALGA had previously worked closely with the states, territories, and Commonwealth to deliver nationally significant programs and reforms.

Economic recovery from Covid-19 looks more challenging with each day, so it’s vital every arm of government is working together, outwards common goals, in the most coordinated and effective way.

Being relegated to a single, annual appearance before the National Reform Council is hardly conducive to maximising combined effort.

ALGA highlighted the role of the local road latticework in achieving successful border closures weeks ago, yet another example where we could have added value to the Covid-19 response at the highest level.

Public health inspections, local health education, small business support, regional tourism management, local job creation through targeted infrastructure spending, and other economic recovery strategies, are all areas local councils can and do play a key role in – and should be coordinated in synergy with the national effort.

Once a year? Hardly effective thinking.