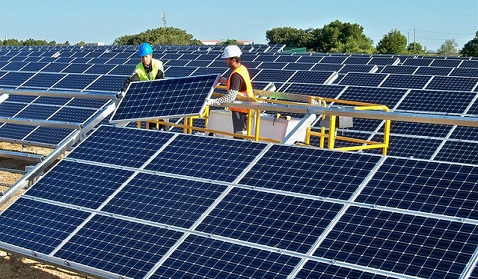 Federal Environment Minister Sussan Ley has given the solar industry until June 2022 to finalise a nationwide product stewardship scheme.

In a speech to the National Press Club last week, Ms Ley said the lack of an industry-wide approach to collecting and recycling solar panels across the country was concerning given the massive popularity of renewable energy installations.

“The uptake of panels across the country from rooftops to solar farms has been vital from an emissions perspective but the explosion of retailers and importers in the area, and the lack of an industry-wide approach to collection and recycling, means that it also looms as a landfill nightmare,” Minister Ley said.

This week, she announced their inclusion in a new Minister’s Priority List [identifying the products and materials considered to be most in need of a product stewardship approach], saying: “Solar panels have languished on the Government’s priority list for six years now.

“It is time for the industry to step up and address the issue of waste either stockpiling or ending up in landfill, and today I have given them a deadline of mid-2022 to do that.”

Clothing textile waste and problematic and unnecessary single-use plastics identified in the National Plastics Plan have also been added to the Minister’s Priority List, while industry action has resulted in batteries and plastic microbeads being removed.

In 2018, Australians generated 2700 tonnes of photovoltaic (PV) waste as early-model panels reached their end of life. By 2050, it is expected that Australians will generate 1.53 million tonnes of PV waste.

“There is a significant risk of panel components, including hazardous materials, ending up in landfill where they can cause ongoing environmental impacts while the benefit of the valuable materials they contain is lost,” Minister Ley added.