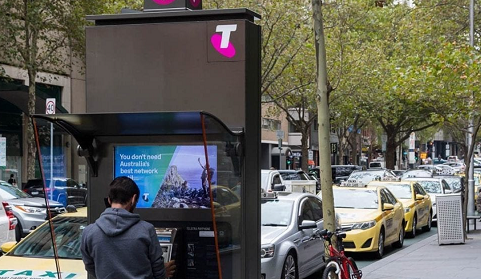 Telstra has lost its bid to overturn a Federal Court decision preventing it from installing payphones with large digital advertising screens in Melbourne and Brisbane.

The High Court’s refusal last week to hear Telstra’s appeal ends a long-running bid by the company to install 1800 “next generation” payphones across capital cities under Under schedule 3 of the Telecommunications Act 1997 (carrier powers and immunities).

This allows “low-impact facilities” such as payphone cabinets to be rolled out without local government planning approval.

A Telstra spokesman said last week that the organisation respected the High Court decision, which followed last November’s ruling by the Federal Court that the new payphones were not “low impact”. Telstra was also ordered to pay the Melbourne and Brisbane City Councils’ legal costs.

“Whilst we will no longer be installing the new payphones as low-impact facilities, we still believe in the community benefits of the new payphones, including the USB device charging [and] community and emergency services messaging and will look to work collaboratively with councils and stakeholders across Australia to proceed with payphone upgrades, following the local planning process where possible.”

The November Federal Court ruling overturned an earlier decision in the same court that gave Telstra and its partner, JCDecaux, the right to install large digital billboards as part of the roll-out of 1800 new payphones.

The council refused the applications on the grounds that the proposed payphones with digital screens intended for third-party advertising were not “low impact” facilities and subject to the Melbourne Planning Scheme.

Melbourne deputy lord mayor Nicholas Reece said the High Court ruling was a win for millions of pedestrians in Melbourne, Sydney and Brisbane.

“All along we have maintained that the supersized phone booths are designed to generate advertising revenue instead of providing a community service. They were billboards masquerading as payphones.”