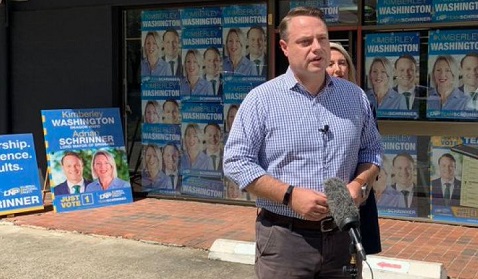 Addressing National Cabinet last week as the chairman of the Council of Capital City Lord Mayors (CCCLM), Cr Schrinner said that while office occupancy rates had increased from the historic low experienced last year, there was a concerning data emerging across Australia that indicated growth was plateauing.

“The working-from-home phenomena may suit many people, but we can’t ignore the fact it has an economic consequence,” Cr Schrinner said.

“Councils have been undertaking a range of initiatives, including waiving rates, fast-tracking maintenance, and providing hospitality discounts, to help CBD businesses and to entice people back.

“However, more needs to be done to get Australia’s major cities fully back on their feet.”

Cr Schrinner said some cities were also suffering from increased traffic congestion as commuters continued to choose their cars over public transport.

In his presentation to National Cabinet on the economic impacts of the pandemic on capital cities, Cr Schrinner urged national leaders to expand the use of travel bubbles, fast-track the return of international students, and deliver initiatives that would get people back on public transport and undertaking domestic holidays.

“We can’t afford to ignore the plight of our city centres,” he said.

“If we’re going to get Australia’s economy firing on all cylinders again, we have to get people back into city centres and using public transport.”