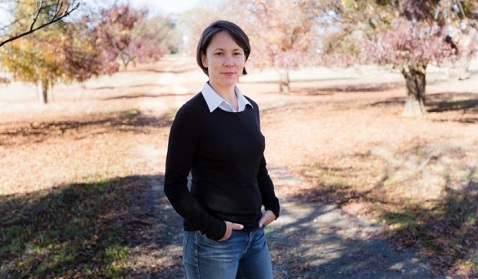 Journalist and author Gabrielle Chan knows a thing or three about regional Australia, having moved from Canberra to rural NSW with her farmer husband in 1996.

She has described her home town of 25 years, Harden-Murrumburrah, as “the place in which I first understood a sense of belonging, of community, and the impulses to protect it”.

But her fondness for Harden has not blinded her to the realities of life in the bush, where the provision of services and infrastructure is often inferior to what’s available in the cities and urban areas of Australia.

Her interest in the challenges facing regional communities led to her writing Rusted Off: Why country Australia is fed up, published in 2019.

As the book’s title makes clear, rural communities have become increasingly frustrated at what they perceive to be neglect at the hands of the major political parties, particularly the Nationals, and have reacted by shifting their allegiances to independents and populists.

The conventional political wisdom is that parties usually pay close attention to marginal seats, which may yet translate to more federal and state largesse for the regions.

Ms Chan will delve further into political trends in the bush when she delivers a keynote address at ALGA’s Regional Cooperation and Development Forum 2021.

Political neglect may not fully explain, however, why many rural communities continue to lag behind their country cousins in being able to access adequate infrastructure and service levels.

After all, fiscal equalisation – offsetting differences in revenue-raising capacity and the cost of delivering services when apportioning financial grants between jurisdictions – is supposed to level the playing field.

In her book, Ms Chan asserts that regional Australia is frequently disadvantaged by the “perverse local consequences of misguided, centrally designed government policies”.

Interestingly, many of the people she interviewed in the Harden district appear to want more room locally to fashion solutions better tailored to the town’s problems and potential.

In addition, they cited a “high-handed merger of local government in the region by the NSW government” as an attack on their identity and a source of political disillusion in the town.

The Regional Forum will be held in Canberra on Sunday 20 June. Click here to register.