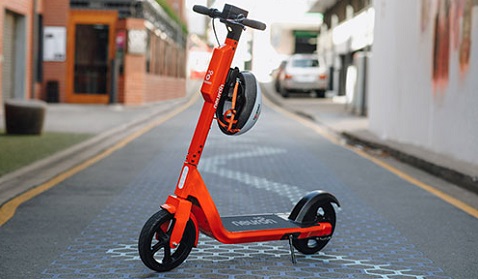 Electric scooters will be trialled for up to a year in three Victorian council areas, the Victorian Government announced last week.

Starting later this year, the trial is seeking to ascertain out how e-scooters could be integrated safely into the transport network. It will be conducted in two metropolitan LGAs and one regional LGA.

The council areas will be selected through a targeted expression of interest procedure overseen by the Department of Transport.

About 18 months, ago RACV made a submission to the National Transport Commission requesting a nationwide approach regarding speed limits and rules as to where e-scooters are ridden.

NSW Transport Minister Andrew Constance said earlier this year the state government opposed e-scooter trials at present, citing risks to riders and pedestrians and the problem of scooters left in parks and on footpaths.

According to MetroCount, e-scooter use along Hobart’s Kangaroo Bay foreshore in 2020 rose by 157 percent from the year before. The rise in e-scooter numbers along the Bay Trail in Melbourne’s bayside suburb of Brighton was 124 percent, while the South Perth foreshore recorded a 74 percent rise.

MetroCount recorded a similarly large increase in cyclist numbers, with levels rising by up to 69 percent compared to pre-Covid.

The data services company attributed the rise in cycling volumes to several factors, including: