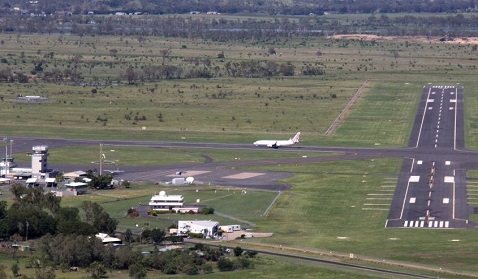 Rockhampton Regional Council’s bid to lure Alliance Airlines to its regional airport has been boosted with a $25 million Community Development Program grant.

Tuesday’s Federal Budget committed $25 million (under the Community Development Grants Program) towards the construction of a maintenance repair and overhaul facility at Rockhampton airport for Alliance’s use, a move which could see the airline base its entire fleet there.

Councillor Neil Fisher said the proposed maintenance hangar would be a real coup for the entire Central Queensland region.

“It has always been our vision … to see the Rockhampton airport expand, and to see new businesses like Alliance Airlines come here to develop new industries for our community,” Cr Fisher said.

It’s estimated the new facility could potentially create 225 jobs and inject $30 million into the Rockhampton local economy every year.

However, there was nothing of significance in the Budget for other council-owned airports, with no new funding for the Regional Airports Program (RAP) or the Remote Airstrip Upgrade Program (RAUP).

The Australian Airports Association described the lack of new money as a “missed opportunity to support our regional airports and remote airstrips”.

“We look forward to working with the government to ensure critical airport infrastructure support is extended to regional Australia to assist smaller airports and the regions they serve.”