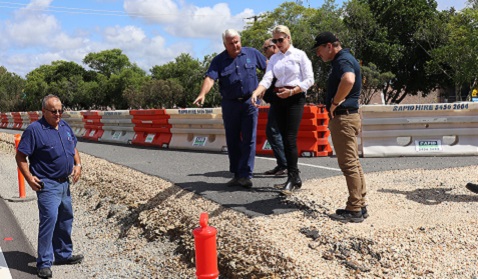 The federal government is to examine Disaster Recovery Funding Arrangements (DRFA) spending with a view to strengthening reporting requirements for the states.

Announcing the review last week, Federal Emergency Management Minister Bridget McKenzie, pictured, said the Commonwealth had allocated more than $12 billion to the states following disasters over the past decade.

“Often it takes years for us to understand from states how that money was spent,” Senator McKenzie said.

“The joint disaster funding arrangements are inherently complex [and we] need to ensure that taxpayers have confidence that the current arrangements ensure that those in need are being assisted in a timely way.”

The review will consider reporting requirements and whether the Commonwealth should withhold funding to states that fail to report.

Senator McKenzie said that any future action plan under a Coalition Government will tie future funding for the states and territories to concrete action on resilience and mitigation.

This would include action on implementing the Royal Commission’s recommendations and reporting on progress; better data sharing; adoption of proven mitigation strategies such as hazard reduction burning; and more focus on resilience and mitigation in state and territory planning systems.