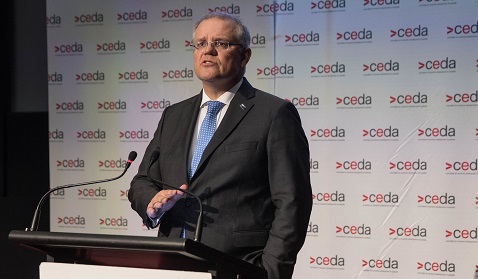 A nationwide “single-touch” environmental approvals process will be introduced after a National Cabinet meeting last week agreed to legislative changes.

The changes to the Environment Protection and Biodiversity Conservation Act would see new national standards enacted and the state and territories accredited to carry out environmental assessments and approvals on the Commonwealth’s behalf.

Legislation for the new national environmental standards is expected to be introduced into Federal Parliament as early as next month.

Prime Minister Scott Morrison revealed the “single touch approval” process for major projects in a speech to the Committee for Economic Development of Australia’s State of the Nation forum on 15 June.

He listed 15 major projects he wanted expedited, including the inland rail from Melbourne to Brisbane, the Marinus interconnector from Tasmania, the Olympic Dam extension in SA, emergency town water projects in NSW, and road, rail and iron ore projects in WA.

A National Cabinet statement on 24 July said: “The Commonwealth will move immediately to enter into bilateral approval agreements and interim standards with the states that are able to progress now. We will simultaneously be developing formal national standards through further public consultation.”

It added that “some states are able to transition to this system faster than others”.

The National Cabinet also endorsed the list of 15 major projects for which Commonwealth environmental approvals will be fast-tracked.

The EPBC Act is currently being reviewed by Professor Graeme Samuel.

A review of the Act’s administration by the Australian National Audit Office published in June found 80 percent of the approvals it examined were non-compliant or contained errors.