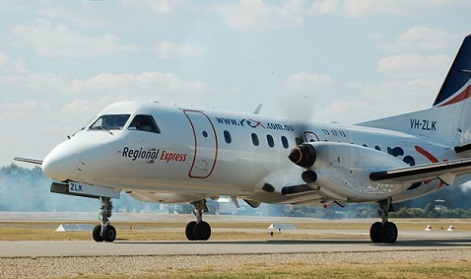 In recent weeks, REX has cut services drastically even as it has sought state and federal government financial support.

On 13 April , the airline sent an open letter to councils in its SA network saying it “will avoid working with greedy councils that want to extort as much money as possible from airport fees and charges”.

This week, REX announced it had successfully obtained Commonwealth funding from the Regional Airline Network Support (RANS) program set up in March.

None of the councils said they could agree to REX’s terms.

Rod Pearson, the chief executive of the District Council of Lower Eyre Peninsular – operator of Port Lincoln regional airport – said REX’s demands would have cut passenger levies collected from the airline by about half.

“The deal being presented would have meant insufficient revenue recovery for council to effectively manage its airport,” he said.

Mr Pearson said Council offered to waive passenger levies for both REX and QantasLink until 30 June – and to allow both airlines to defer payment of passenger levies – but was unwilling to offer REX the multi-year contract it had sought.

Kangaroo Island Mayor Michael Pengilly said the council met on 16 April, and decided it was not prepared to enter into the new contract proposed by REX.

Whyalla Mayor Clare McLaughlin said while Council was prepared to support REX through fee waivers in the coming months, it could not agree to the airline’s terms.

Both Grant and Ceduna district councils had already implemented a zero-passenger head tax for REX services into their airports, the former from 1 April for six months, and the latter from 1 April until 31 December.

Local Government Association SA president Sam Telfer said councils had been given only days to commit to REX’s demands for an eight-year agreement.

“Councils appreciate the importance of regional air services, and are willing to partner with the state and federal governments on providing support for companies flying regional routes.

“However, we won’t be strong-armed into signing away millions of dollars at a time when our sector is working hard to support communities impacted by Covid-19,” he said.