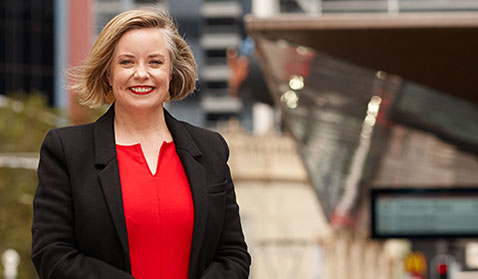 This week, we’ve secured another positive step towards local government’s financial sustainability, which has never been more important as we all recover from the Covid-19 pandemic.

As Labor’s National Conference met, mayors and councillors from across Australia secured Labor’s commitment to:

Your work passing Council resolutions calling on the Government and the Opposition to increase funding to local government is making the difference. Mayors and councillors, together with ALGA, meeting their local Federal MPs and Senators is shifting the landscape, and I thank you for this important work.

As we approach the first anniversary of the abolition of the Council of Australian Local Governments (COAG), we must all step up our calls for the Government to reverse its decision local government from the nation’s peak intergovernmental forum.

ALGA was a foundation member of COAG, and it is time for local governments to be invited on to the National Cabinet.

Drought, devastating bushfires, the pandemic, and floods have only underlined this democratic deficit, which is why making the case that Australian councils are leading the charge to create new jobs and create a locally led recovery, is so important.

But we can’t do this without the federal government restoring Financial Assistance Grants to a level equal to one percent of Commonwealth taxation revenue.

We are also committed to ensuring that Financial Assistance Grants for the next financial year are not further reduced by CPI and population growth changes, the two measures that determine the quantum of funding.

It was also pleasing to meet with Deputy Prime Minister, Michael McCormack, this week, and hear his praise for the work of the ALGA and all Australian Local Governments, at the Australian Chamber of Commerce and Industry breakfast.

Now more than ever, communities expect their elected representatives to work together – and at ALGA, we’re always proud to work across every political divide to secure results for councils and our communities.

This week’s great outcome with the Federal Opposition demonstrates to other political parties the importance of ensuring local government has the resources it needs to look after its communities as well as support state and Commonwealth efforts to create jobs and bolster economic growth.

Keeping you Safe with the National Road Safety Strategy 2021-30

Developed by the Commonwealth and State and Territory governments, along with ALGA, the draft Strategy maps out a path to:

It is hoped this will lead us to achieving Vision Zero (zero deaths and serious injuries) by 2050.

The draft Strategy’s three key themes – Safe Roads, Safe Vehicles and Safe Road Use – should stand as a guide for all those of us setting out travel this holiday long weekend.

Please have a happy and safe Easter.